​During King Vale's Reign (E.V. 59) in Eternity, Eternia Academy or the Knight's academy is the setting of this story. The academy is founded to train knights (ages 14-18) for the Royalty, many strive to become a SWAN (elite knight). There are 6 houses: Rose, Orchid, Iris, Camelia, Carnation, Hydrangeas. In each houses there is a top ranking as the school is competitive. In the house of Rose, the top five rankings are named after shades of red (Burgundy = Number 1). Orchids top 5 are named after Orchids.


Maltida Swiftwind is one of the top 5 ranking Orchids (titled Cattleya) who is a second year human/elven/pyrese and swan candidate. She is famous for defeating Burgundy (Declan's older 2nd brother). Due to this feat, Cattleya has angered the Rose's Burgundy Kilian Alastair and there is an uproar in the academy. Declan hearing his elder brother's defeats wishes to challenge Cattleya in order to take the first seat of Rose and prove he is better than Kilian. However with his best friend Zackarion Adair, his meeting with the lady has turned rather to an embarrassment, as he is now seen as a peeping tom. 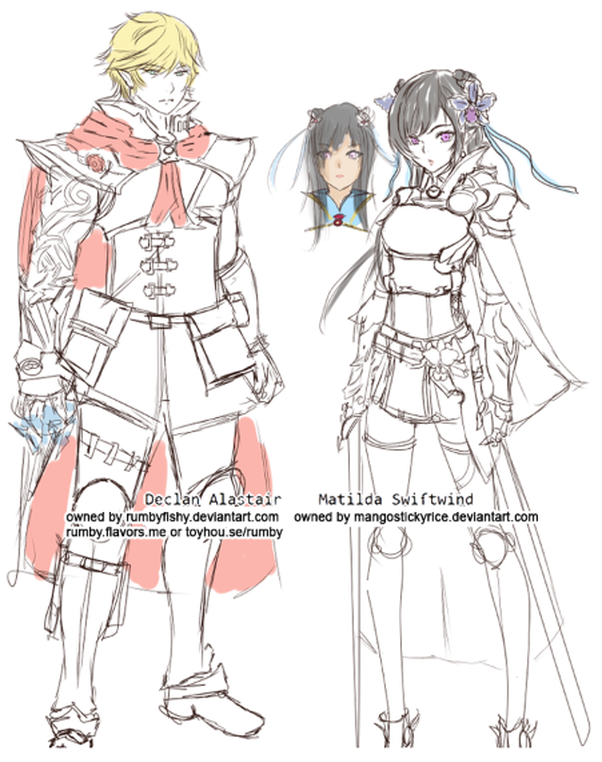